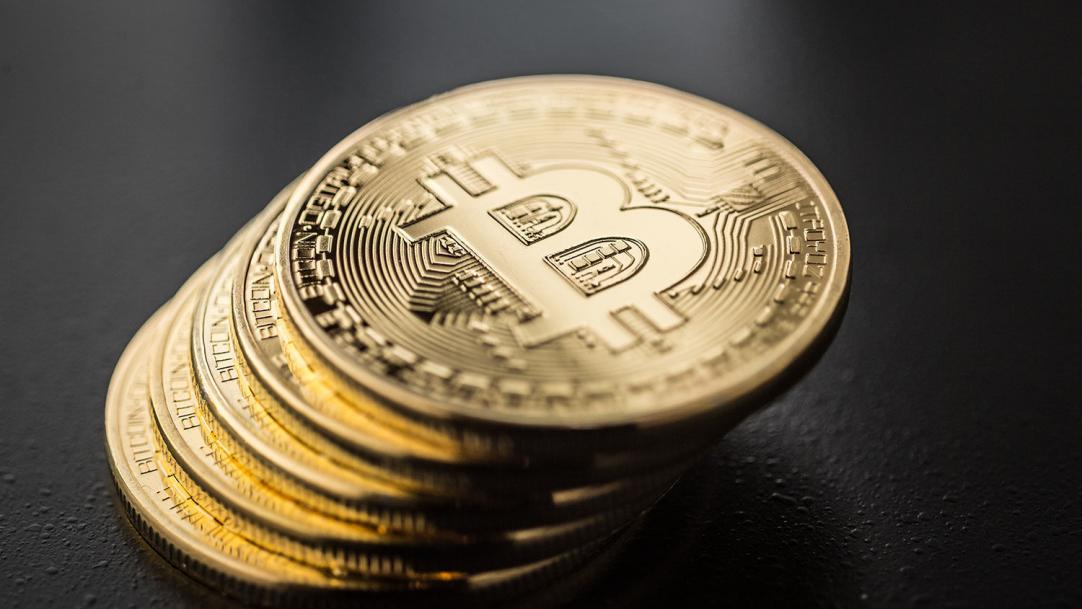 Bitcoin Is a ‘Virtual’ Currency

What about those coin-like images that you’ve seen in photos? They aren’t really bitcoins. Those visuals were created by newspaper and web site editors who needed to illustrate their articles.¹ So if Bitcoins solely exist as virtual data, what’s to stop someone from duplicating this data and creating more virtual money at will?

The answer is the record-keeping software that underpins the digital currency. Known as blockchain, this is a type of electronic ledger that runs on multiple computers. No one can alter a blockchain entry on one computer unless the change is acknowledged and agreed to by all the computers in the Bitcoin network. This, along with the encryption used to authorize Bitcoin transfers, makes it impossible for anyone to “mint” more bitcoins on their own.

Bitcoin Is Independent of Central Banks

Because they are independent of governmental entities like the central banks that have traditionally controlled the money supply and the availability of paper currency, bitcoins aren’t a direct part of the world’s banking system.

Instead, balances are maintained collectively, are associated with addresses, and transfers are approved by the holder using unforgeable mathematics. The fees to trade bitcoin do not scale with the cost or risk of the transfer.

Bitcoin Is in Limited Supply

Like gold and other precious metals, the supply of bitcoins is more-or-less fixed. As of August 2019, there were just shy of 18 million bitcoins in the world, and the total supply can never exceed 21 million, absent a change in the underlying protocol.

But a bitcoin can be subdivided into fractional coins, so its usefulness to pay for things isn’t constrained by limited supply.

The smallest unit of a bitcoin is called a Satoshi, after Satoshi Nakamoto, the supposed inventor of the currency (although nobody really knows for sure if this is a real person or the pseudonym used by a group of people responsible for bitcoin’s creation). A Satoshi is one one-hundred millionth of a bitcoin (0.00000001), which at today’s prices is equivalent to about two one-hundredths of a cent. This implies that participants in the system can own less than a single coin and; in fact, far less than a single coin. This enables commerce and transfers based on smaller notional values.

Where Can I Spend Bitcoins?

When bitcoin was first introduced ten years ago, you couldn’t readily buy anything with it. Today, while you generally still can’t take the bus or pay for a meal at a local restaurant using bitcoin, there’s a growing list of companies that accept it as a form of payment—especially via their web sites.

These include such well-known brands as:

Other merchants that accept some types of bitcoin payments include Dunkin Donuts, Best Buy, Home Depot and Target.² Many retailers are tapping into Flexa, a global cryptocurrency payments network that makes it easier for consumers to use bitcoins at their stores.³

Up to now, the primary interest in bitcoin has not been for making payments; worldwide interest has been focused on the cryptocurrency’s investment potential.

Bitcoin prices have historically fluctuated, and have generally fallen since the peak at the end of 2017, falling to $6,914 on February 5, 2018, when the Chinese government banned bitcoin trading. As of this writing, prices hovered between $8,200 and $9,500 in November 2019.⁶

If you’re considering an investment in bitcoin, it’s also worth keeping in mind that In 2014, the IRS ruled that all virtual currencies, including bitcoins, would be taxed as property rather than currency. This complicates your tax calculation if you use bitcoin to buy something because your bitcoin “property” may have risen or fallen in value between the time you obtained it and used it as payment—and the IRS will want to know!

Bitcoin’s legendary price volatility can excite many investors and traders—especially day traders. But because cryptocurrencies are such a brand-new asset class, even experienced investors may find themselves asking, “How do I trade bitcoin?”

Bitcoin is a digital currency, so investors may think of it in terms of the foreign currency exchange (forex) market. Forex is far-and-away the world’s largest market, with daily trading volumes around $6.6 trillion, according to the 2019 edition of the Bank for International Settlements’ (BIS) triennial survey.

For comparison, the value of global stock trading is estimated at only a few hundred billion dollars per day. Meanwhile, bitcoin’s daily trading volume is typically valued at less than $100 billion per day, though it rose slightly above $1 trillion on two days in 2018.

But even though bitcoin exchanges talk about “trading pairs” just like forex traders, trading bitcoin is not like a forex in important ways. Mostly, those ways have to do with the fact that bitcoin was invented in 2008, not centuries ago like most forex-traded currencies.

Consequently, bitcoin trading is simpler and more straightforward than forex. Another key difference is that the IRS treats bitcoin as property, not currency, for tax purposes, so the tax consequences of bitcoin trading may be different from trading fiat currencies.

So, today, it’s better to think of trading bitcoin (BTC) more simply: it’s like buying an asset, watching its price rise or fall, and choosing to hold or sell it at a later time. If you’re familiar with forex trading, trading bitcoin is most like “spot” trading a currency pair.

Why Should You Trade Bitcoin?

How To Start Trading Bitcoin?

Note: Check out our companion article, “How Can I Buy Bitcoin,” to learn how to set up an account, link it to your bank, transfer funds and buy your first bitcoin.

Once you have an investment account at a digital asset exchange and have funded it with US dollars, or another accepted currency, you’re ready to trade. To get started at Gemini for instance, you could buy USD $10 worth, or less.

If your account is at Gemini, and you’re logged in via web user interface, you start trading bitcoin from your homepage screen.

Select bitcoin from the list of various cryptocurrencies available to trade, which is shown on the far left side of the homepage.

Two pull-down menus will appear, allowing you to Buy, Sell, or Create an Alert; and set the frequency of the order.

At Gemini, besides bitcoin, you can use USD to buy ether (ETH), Zcash (ZEC), litecoin (LTC) and bitcoin cash (BCH). Though bitcoin and bitcoin cash share a history up to their split in 2017, today it’s best to think of BCH simply as another separate cryptocurrency. It trades independently and has its own market price. For example, on one late-2019 trading day, BTC was trading at around $8,400 while BCH traded at about $265.

Once you’ve bought your first cryptocurrency, you can begin trading in currency pairs without dollars, if you wish—for example, buying ether or Zcash with bitcoins. To do so, you have to request Gemini’s more advanced ActiveTrader user interface, an upgrade from the basic tier homepage you’ll see when you first log in.

Gemini’s web exchange homepage or mobile app lets you set up alerts to inform you when the price of bitcoin (or another available cryptocurrency) passes a certain threshold, up or down. You can determine the trading alert threshold by typing in a dollar value above or below the current trading price, or by typing a percentage change (which the system translates into a specific dollar value).

Once your alert is established, you’ll get an email immediately when the price hits or passes the threshold you set. Alerts help you act on particular trading strategies you may choose to pursue.

What About Bitcoin Limit Orders?

In addition to “market” orders, with which you buy bitcoin or another cryptocurrency at whatever the current market price, the ActiveTraderTM interface offers more order types like limit orders.

What Is a Limit Order?

Limit orders let you specify a price at which your trade will execute; if the price isn’t reached, the trade won’t happen.

In a basic limit order, your bitcoin trade is filled at or better than the price you specify, and any part of the order that is not filled immediately stays active until it is filled or until you manually cancel it.

Other Types of Limit Orders

There are six more limit order types of differing levels of complexity that you can set, such as “immediate-or-cancel,” in which any part of your order that is not immediately filled is automatically canceled; and “fill-or-kill,” in which your order is either filled in full immediately or entirely canceled.

What Is a Stop-Limit Order

Stop-limit orders are notable because they give bitcoin traders very precise control by combining two different order types. In a “stop” order, you specify a price that triggers an order to buy a cryptocurrency once reached. Your order then fills at the market price.

But what if the market is moving extremely fast? That’s where the limit order comes in: it sets an upper limit to what you’re willing to pay. So, with a stop-limit order, you specify a price that triggers your bitcoin trade, and that trade will execute only if the price remains in the range between your trigger price and limit price.

Let’s say, for example, you’re following a momentum trading strategy and bitcoin is trading at around USD $8,400. You place a stop-limit order for USD $8,600-$8,900. Your trade will trigger when BTC cross USD $8,600. But if the price rises above USD $8,900, any portion of your order not yet filled will be canceled.

Trading bitcoin and other cryptocurrencies should be a familiar process to most investors used to buying and trading other asset classes, like stocks, bonds, commodities and, most notably, currencies. But it may be best for investors to think of cryptocurrencies, and bitcoin in particular, as their own asset class.

Practically speaking, cryptocurrencies have some similarities to equities, commodities, and currencies, but their relative youth, volatility, and tax treatment means they’re not exactly like any other asset class.

The Best Trading Bot Of The Week

Top Trading Bot Of The Week

Want to get more Bitcoins?

Choose The Best Trding Bot for You, Register And Start Profiting!

×
Want to get more Bitcoins? Here’s the dealClose